LeGore Elementary Named a Leader in Me Lighthouse School 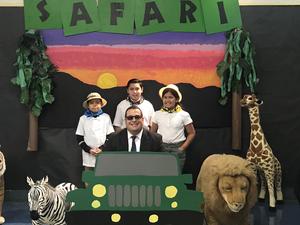 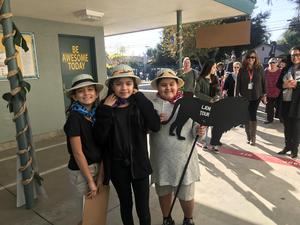 LeGore Elementary has been named a Leader in Me Lighthouse School for its excellence in applying "The 7 Habits of Highly Successful People” leadership program to inspire student success and college readiness.

LeGore Elementary has been named a Leader in Me Lighthouse School for its excellence in applying “The 7 Habits of Highly Successful People” leadership program to inspire student success and college readiness.

The school is the third campus in El Monte City School District and one of about 300 schools in the world to receive the two-year certification.

“It’s an incredible to be recognized for our work over the last four years to share the Leader in Me program with our staff, our students and our families,” Principal Adriana Garcia said. “It’s nothing short of amazing to see how our students embrace and apply these skills to prepare for the challenges ahead.”

“Leader in Me is a transformative program that helps our students discover new confidence as they grow in their academic and personal strengths,” Superintendent Dr. Maribel Garcia said. “I’m very proud of how our Le Gore team and community have embraced the values taught by this program.”

LeGore was the first school in El Monte City School District to adopt the Leader in Me program in 2016-17. A year later, the program was launched across the District.

Leader in Me representatives reviewed LeGore’s academic improvements, demonstrated by soaring scores on state standardized tests and its designation as a 2020 California Distinguished School, as well as the culture of kindness that has taken root on campus.

A Leader in Me team visited LeGore on March 12 to interview staff, students and parents about Leader in Me training sessions and campus events.

LeGore parent Irma Colin – who has been part of the program since it launched in 2016 – said she meets monthly with other parents for Leader in Me workshops. The sessions guide parents in supporting their children’s application of the Habits at home, such as tackling chores before play (Habit: First things first).

“I see the difference in my two girls. They are so focused,” Colin said. “They tell me we have to do our homework first and then we can have fun. It’s first things first. They set goals for each week.”

Colin said her daughters – third-grader Anabelle and fourth-grader Analia – make plans for completing tasks, such as achieving school reading targets, and then execute them to ensure success (Habit: Begin with the end in mind).

Fifth-grader Leslie Cervantes was one of the student leaders interviewed for the Lighthouse recognition. She said she told the Leader in Me review team how LeGore students collaborate on school improvements and how one of her favorite habits is Be proactive.

“It means to do something without someone telling you – like when my little brother doesn’t want to pick up his toys, I’ll pick them up for him,” Leslie said.

She has served as a tour guide at the school’s annual Leadership Day and organized dances and other events as part of the program. She said the Lighthouse award is a special honor.

“It shows that we work hard at our school and that we’re leaders.”

EMCSD_Lighthouse_1: LeGore students guide El Monte City Mayor Andre Quintero through the school during their 2019-20 Leadership Day, a showcase event for their Leader in Me program. The school has been named a Leader in Me Lighthouse School.

EMCSD_Lighthouse_2: LeGore students show off their campus during the school’s annual Leadership Day, a showcase for the Leader in Me program. The school has been named a Leader in Me Lighthouse School.